Good day to you!

What is a cool fact about the state you live in?

5. New York’s current state flag was officially adopted on April 1, 1901. New York’s state flag has a blue background with the New York state seal on it.

6. Some crops that are grown in New York are: apples, cherries, corn, cucumbers, grapes, oats, potatoes, and wheat.

7. Some cool places to visit while in New York are: the Statue of Liberty, the Belvedere Castle, and Niagara Falls.

Share a cool fact about New York with us? 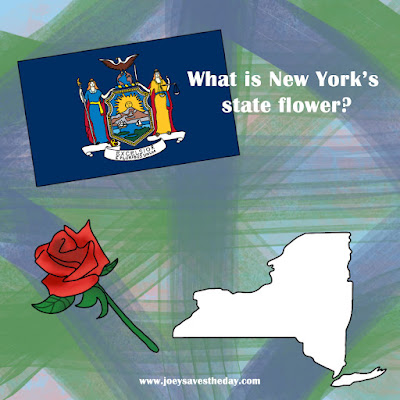 1. A Walk in New York by Salvatore Rubbino

3. ALL ABOUT NEW YORK by Bandana Ojha

4. New York: What's So Great About This State by Kate Boehm Jerome

I have made a variety of printables for you. Check them out! They are free. Halloween printables now available:

I'm Mimi, the author of the JOEY SAVES THE DAY! book series. I love reading and writing. I homeschool my two youngest children. My 15-year-old daughter illustrated the books and will illustrate all the rest of them in the series. She started illustrating the series when she was 14 years old. She loves to draw. She is learning as she goes. Her dream is to one day be a famous illustrator and a fantasy book writer. Help me make my daughter’s dreams a reality! Children and adults everywhere will love these books. The story and illustrations within the pages of the books will put a big smile on your face and your child will be delighted as you read them the books. The illustrations are adorable and the stories are super cute. You don’t want to miss out on the opportunity to own this collection of adorable books! All five of the books are available on Amazon, Barnes and Noble, Target, Walmart, and Books A Million.

at October 13, 2022
Email ThisBlogThis!Share to TwitterShare to FacebookShare to Pinterest