May your Monday be Marvelous!!

Who doesn’t love a good game of Monopoly?? Today Joey wants to tell you about Monopoly and how it came to be! Joey and Jinger love playing monopoly especially the Monopoly Junior Dinosaur Edition!! Did you know that the person who invented the very first precursor to the monopoly game was a woman? Yep, that is correct!! A woman named Elizabeth (Lizzie) Magie (Philips) invented the very first precursor to the Monopoly board game known as the Landlord’s Game while she lived in Brentwood Maryland. She patented it in about 1903/1904, but the game existed as early as 1902! The Landlord’s game by Elizabeth (Lizzie) Magie (Philips) inspired Charles Darrow to create the Monopoly board game we know and play today! It was because of Elizabeth Magie that we have the Monopoly board game today.

What is your favorite Monopoly game?

1. Parker Brothers bought the game rights to the Landlord’s game from Elizabeth (Lizzie) Magie (Philips) for $500 dollars in 1935. The man that is credited with making the Monopoly game is Charles Darrow. In 1991 Hasbro acquired Parker Brothers.

2. Monopoly is printed in about 37 or more different languages and sold in about 110 or more countries. There is over 300 different version of Monopoly. Since 1935 more than 250 million Monopoly games have sold.

3. November 19th is National play Monopoly Day every year!! So, get out your favorite Monopoly game and have fun playing!!

4. In 1935 the original Monopoly board game did not have playing pieces (tokens). Players were told to use household items such as buttons!

5. In the 1970’s the Parker Brothers made a Braille edition of Monopoly for the visually impaired. It was released in 1973. The most expensive Monopoly board game ever made was made by a San Francisco jeweler named Sidney Mobell in 1988. It was crafted in 18k gold and gemstones. It is estimated to be worth about 2 million (2,000,000) dollars.

Parents/caretakes please make sure all books are child friendly before reading them to your child/children. 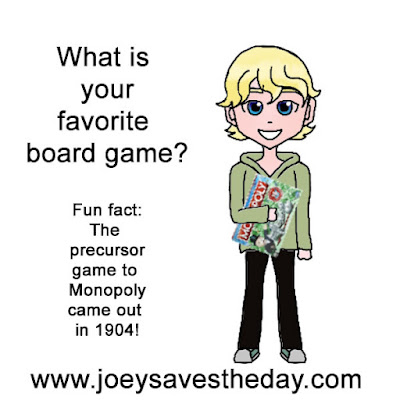 at January 17, 2022
Email ThisBlogThis!Share to TwitterShare to FacebookShare to Pinterest