Happy day to you!

Are you ready to learn some facts?

Have you ever visited Oregon before? Maybe you live there? Whichever it may be, you can learn some cool facts about Oregon right here, just keep on reading. Joey and Jinger love learning quick facts about each of the different states in the United States. They would love me to share some of those facts with you! Every Thursday, I will be posting quick facts about each of the fifty states in the United States. The states will be done in alphabetical (ABC) order! Last week we posted facts about Oklahoma. This week we are posting cool facts about Oregon. The countdown is on, only 13 more states to blog about! Just thirteen more weeks to go… Yeeha!!

Did you know that Oregon was the thirty-third (33rd) state to join the union? Yep, that is right! Oregon officially joined the union on February 14, 1859! Oregon is located in the Northwest region of the United States. Oregon is bordered by four (4) states: Washington, Idaho, Nevada, and California. Oregon also shares a border with the Pacific Ocean. Oregon is the ninth (9th) largest state in the United States. That means Oregon is one of the biggest states. There are about 4,246,160 people that live in the state of Oregon. That is a lot of people.

Share a cool fact about the state you live in?

1. A few things Oregon is known for are: the beautiful coastlines, lighthouses, ghost towns, and Tillamook ice-cream and cheese. A few of the nicknames for the state of Oregon are: the Beaver State and the Sunset State. The Oregon state motto is “Alis volat propriis.” Alis volat propriis is a Latin phrase which means, “She flies with her own wings”. The Oregon state motto was adopted sometime in 1987. The abbreviation for Oregon is OR.

6. Some crops that are grown in Oregon are: apples, blueberries, cherries, corn, onions, and potatoes.

7. Some cool places to visit while in Oregon are: the Crater Lake National Park, Thor's Well, and the Tillamook Bay Heritage Route. 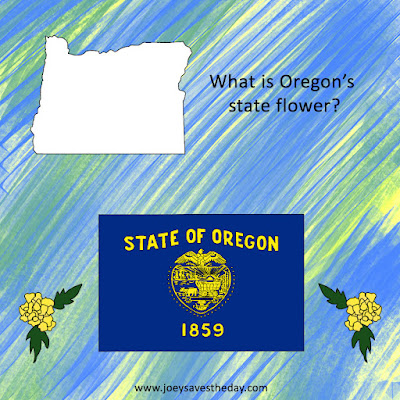 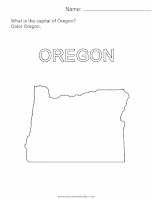 1. If You Were a Kid on the Oregon Trail by Josh Gregory

2. Apples to Oregon by Deborah Hopkinson

3. Row, Row, Row Your Boat in Oregon by Forrest Everett

Tune in next week to learn some quick facts about Pennsylvania! Thanks a bunch for reading my blog post!! "Learning never exhausts the mind." —Leonardo da Vinci

I have made a variety of printables for you. Check them out, they are free:

I'm Mimi, the author of the JOEY SAVES THE DAY! book series. I love reading and writing. I homeschool my two youngest children. My 16-year-old daughter illustrated the books and will illustrate all the rest of them in the series. She started illustrating the series when she was 14 years old. She loves to draw. She is learning as she goes. Her dream is to one day be a famous illustrator and a fantasy book writer. Help me make my daughter’s dreams a reality! Children and adults everywhere will love these books. The story and illustrations within the pages of the books will put a big smile on your face and your child will be delighted as you read them the books. The illustrations are adorable and the stories are super cute. You don’t want to miss out on the opportunity to own this collection of adorable books! All five of the books are available on Amazon, Barnes and Noble, Target, Walmart, and Books A Million.

at November 17, 2022
Email ThisBlogThis!Share to TwitterShare to FacebookShare to Pinterest

Good day to you!  Are you ready to learn some facts? Have you ever gone on a vacation to South Carolina before? Maybe you already live th... 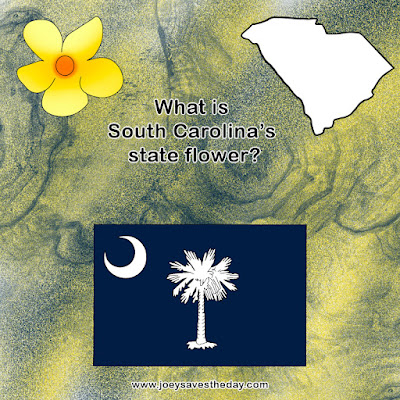