Hi all! Wishing you a

Who is ready to learn some cool facts about California??

Share a fun fact about the state you reside in with us?

1. A few things California is known for are its beautiful beaches, Hollywood, and surfing. The nickname for the state of California is: The Golden State. The California state motto is Eureka which means I have found it (gold). The abbreviation for California is CA.

6. Some crops that are grown in California are: almonds, avocados, grapes, garlic, oranges, strawberries, tomatoes, and walnuts.

7. Some places to visit in California are: The California National Parks, Disneyland, the Golden Gate Bridge, and Hollywood.

8. Some of the animals that live in California are the California grizzly bears, cougars, coyotes, hawks, skunks, squirrels, and whales.

2. Welcome to California by Asa Gilland

3. C is for California: by Trish Madson 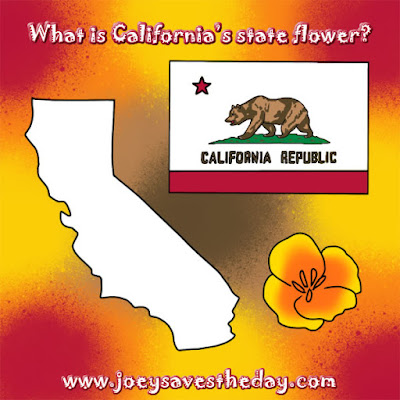 Tune in next week to learn some cool facts about Colorado! Thank you for reading my post!! "Don't have a good day; have a GREAT day!" -Free Guy the movie.

at April 07, 2022
Email ThisBlogThis!Share to TwitterShare to FacebookShare to Pinterest