Tell us about a famous person that resides in your state?

6. Some crops that are grown in Massachusetts are: apples, corn, cranberries, hay, pumpkins, and wheat.

7. Some cool places to visit while in Massachusetts are: Martha's Vineyard located in Dukes County, MA., the Freedom Trail located in Boston, MA., and the Cape Cod National Seashore located in Barnstable County, MA.

8. Some animals that live in Massachusetts are: bats, foxes, moose, raccoons, squirrels, and white-tailed deer. 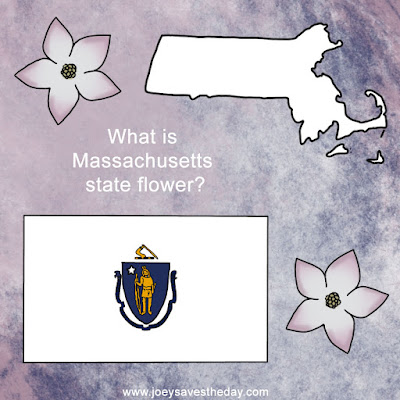 2. Massachusetts: What's So Great About This State? by Kate Boehm Jerome

Tune in next week to learn some really cool facts about Michigan! Thank you for reading my post!! “Always remember you are braver than you believe, stronger than you seem, smarter than you think and twice as beautiful as you’ve ever imagined.”-Dr. Suess

Mimi is the author of the JOEY SAVES THE DAY! book series. Her 15-year-old daughter illustrated them and will illustrate all the rest of them in the series. All four of them are available on Amazon, Barnes and Noble, Target, Walmart, and Books A Million. Children and adults everywhere will love these books. The story and illustrations within the pages of the books will put a big smile on your face and your child will be delighted as you read them the books. The illustrations are adorable and the story is super cute. You don’t want to miss out on the opportunity to own this collection of adorable books!

at July 28, 2022
Email ThisBlogThis!Share to TwitterShare to FacebookShare to Pinterest